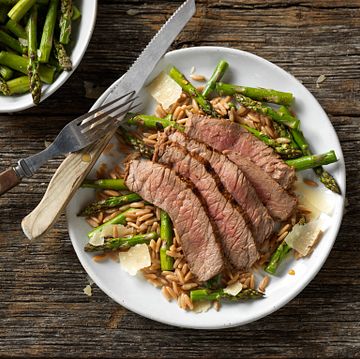 After soaking in a tasty vinegar-garlic marinade, this Top Round Steak is grilled alongside fresh asparagus.